A couple of years ago Saxon7 had a tank without a key and I suggested a way to release the cap.
Eventually another K's key fitted his tank, so the idea was never proven.

Recently (2015) Jez used the idea and was able to open his tank cap without mutilating it.

Basically, the idea is to drill a hole through the top of the tank cap and use a lever to release the locking bar.

The hole size should be between 4 and 8mm diameter positioned between 22 and 25mm from the edge as in the picture. 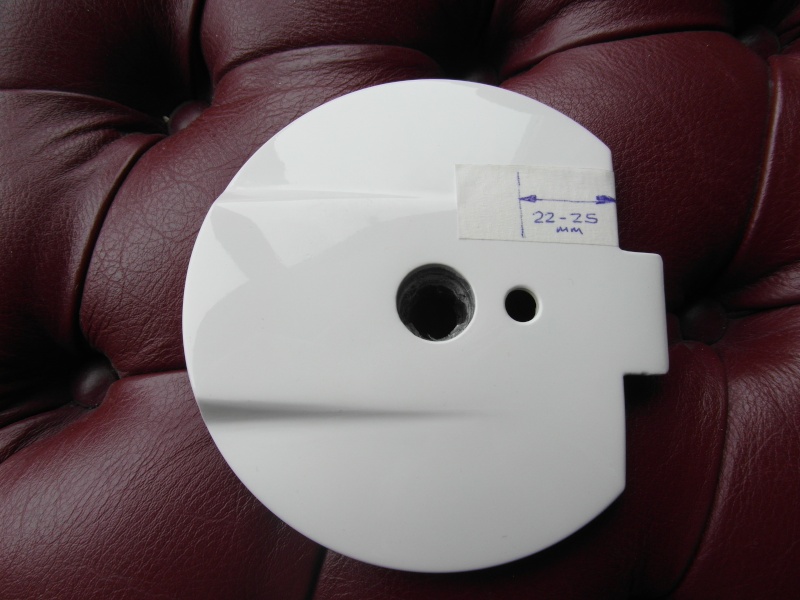 The maximum hole size is 8mm and, if that size is chosen, the centre should be at 23mm.

This is the inside view of the cap with an 8mm hole. 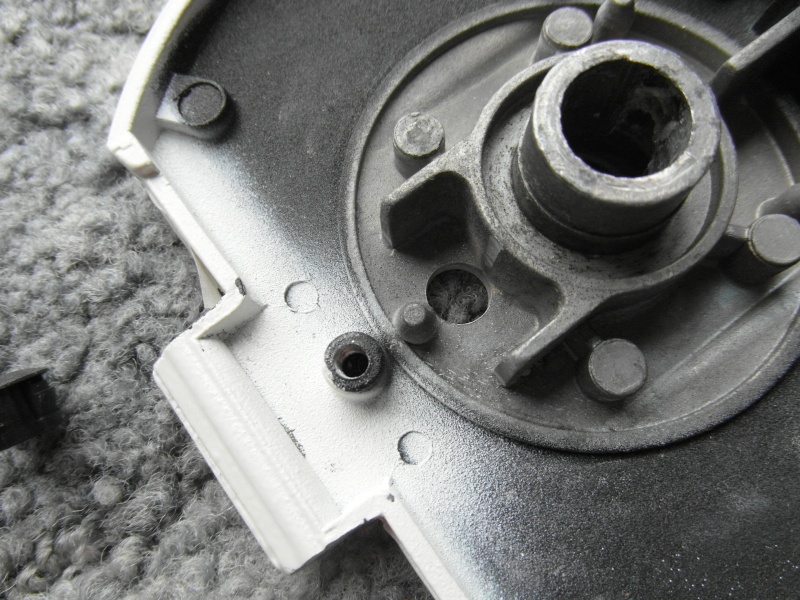 Before deciding the hole size, it's a good idea to plan how you are going to plug the hole until it is needed.
I found some plastic hole bungs, hence my 8mm holes, but another option would be to tap the hole and use a shallow headed screw. 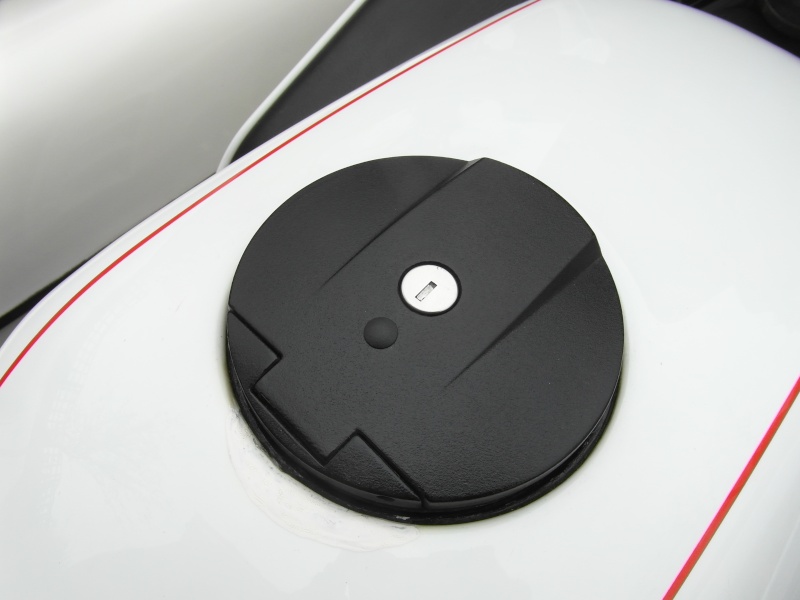 To open the cap, a screwdriver, or some other lever, is inserted through the hole, forward and to the left of the lock.
The locking plate can then be pulled towards the rear thereby releasing the cap. 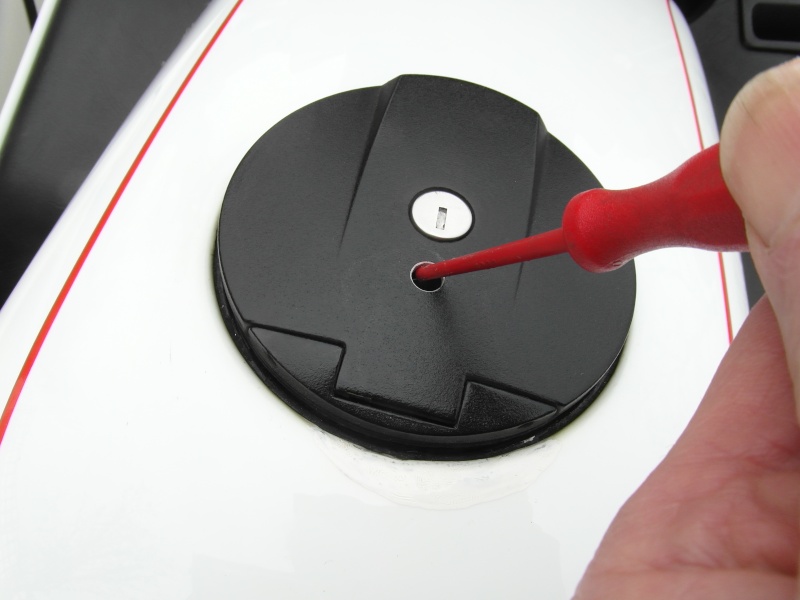 So there it is.
It is probably not a bad idea to do this mod before the lock fails as I considered the thought that if I were 200 miles from home, I needed petrol and the lock barrel just rotates without opening the cap.......

Thanks to Jez for proving the idea and prompting me to do my own tanks.

I've been playing with petrol caps again (so I could soon be posting a way to repair a cap when the barrel no longer turns the opening cam.)

But as I had a cap in pieces, I thought of another little idea, making it easier to open the cap through the HOLE.
Simply a 3mm hole in the latch plate. 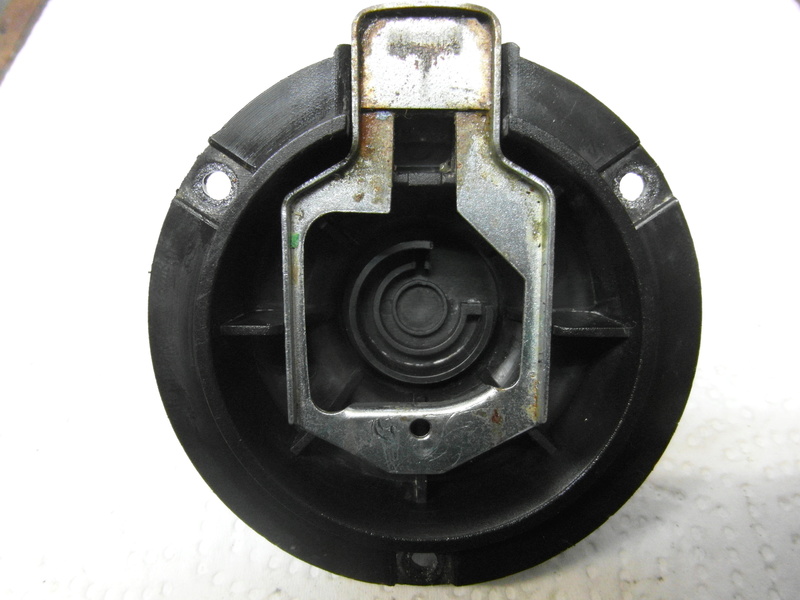