While responding to a post from robdiaz44, I looked at the valve that is fitted in the tank for the fuel return line on early K's.

This only affects the tanks with the single bolt fixing at the rear.

Now this valve consists of a spring loaded ball captive in the fitting that screws into the tank and is intended to prevent fuel spillage when the return fuel line is removed.

Unfortunately, they invariably make an awful buzzing noise as the ball lifts and falls against it's seat, so the cure was (is) to prise out the spring retaining plate and remove the spring and the ball. Now, of course, when removing the fuel return hose you have to be very quick with a plug to prevent fuel pouring out or drain the tank beforehand. Both a PITA.

I couldn't find the spring for the picture. 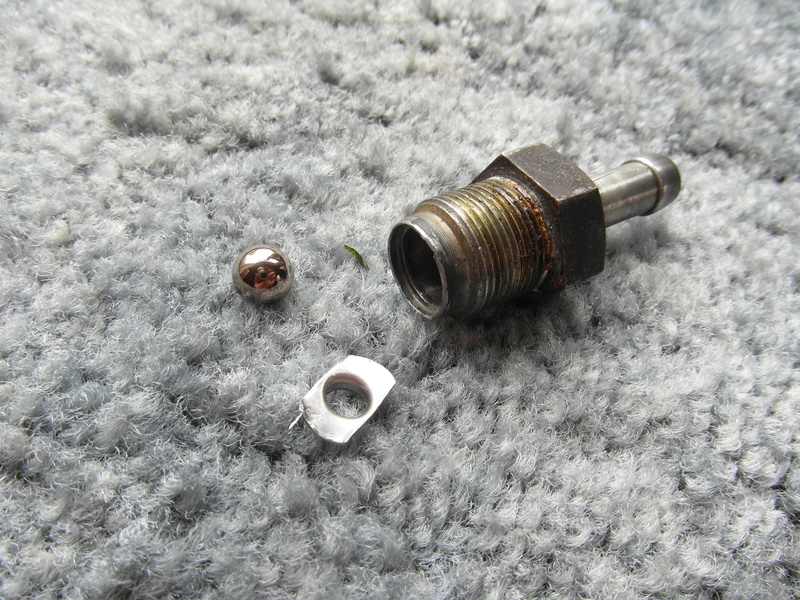 The fuel return line in the later tanks (the ones with the fuel level float) is an alloy tube welded into the tank and the open end is high up in the tank so removing the hose causes no great problem.

Now, if we adopt this approach to the early tanks, all we need to do is solder about 6 inches of 10 mm copper pipe (the hole is already 10 mm dia) to the original fitting after discarding the ball and spring of the valve assembly.
When the hose is subsequently removed you just need to catch the egg-cupful of fuel that remains in the copper pipe. 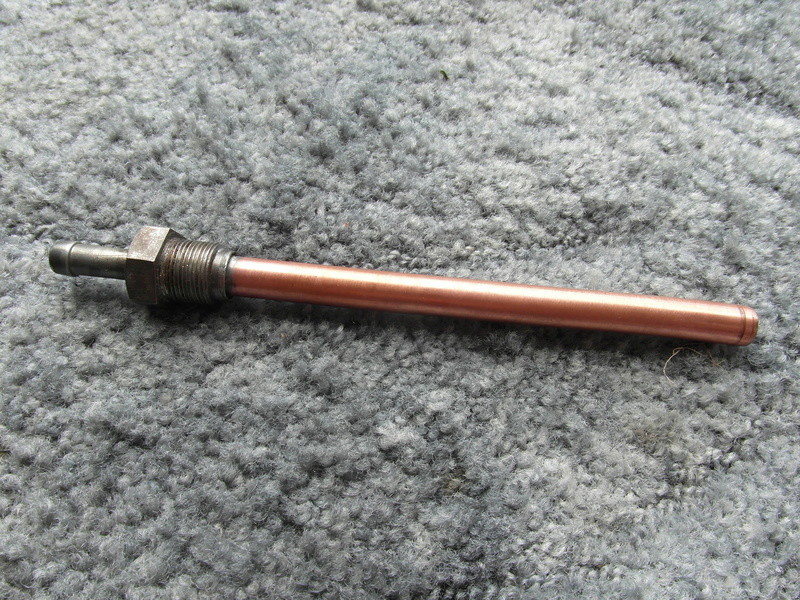 As I have quick connects on my fuel lines I don't need this mod, but the idea may be of use to someone.